Why Buy From Us?

Premium Products
We pride ourselves in delivering the best quality products possible. Each product goes through rigorous inspection before it is approved for shipping.

Fast Shipping
We Make sure your package is sent out right away within 24-48 hours. Each package is sent with a tracking number so you can check your orders at all times.

Lowest Prices
We love to pass on the lowest prices to our customers, it makes us happy as well as our customers. It’s a win-win scenario for all.

Satisfaction Guaranteed
We’re only satisfied if our customers are satisfied, that’s why we offer great customer service to make sure that our customer’s need are met.

Secure Checkout
We use encrypted SSL security to ensure that your credit card information is 100% protected. That means you can shop with confidence!

Sign up to our newsletter and receive 10% off on your first order! 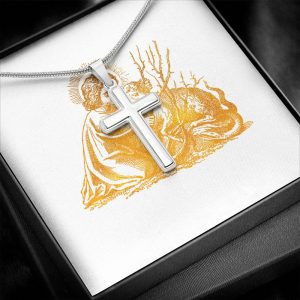 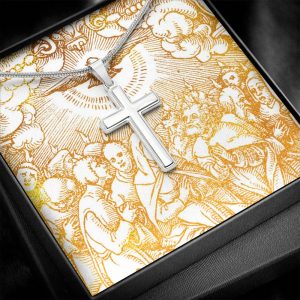 Free shipping within the US on all orders

Known throughout his life as the “Knight of the Immaculata,” St. Maximilian Maria Kolbe, OFM Conv., was born in Poland in 1894. When he was young, the Immaculate Virgin appeared to him and offered him two symbolic crowns: the white crown of chastity and the red crown of martyrdom. He accepted them both. Maximilian entered the Franciscan Order at the age of sixteen and was ordained priest in 1918 Maximilian founded the Militia Immaculatae (MI) Catholic evangelization movement to bring about the reign of the Sacred Heart of Jesus by encouraging every soul to make a consecration of themselves to the Immaculate Virgin Mary. In January of 1922 he began publishing the monthly magazine, Knight of the Immaculata, despite having contracted Tuberculosis.

The Nazis imprisoned Kolbe in the Auschwitz death camp, where in 1941 he offered to take the place of a man condemned to die. He died two weeks later on August 14, the vigil of Mary’s Assumption. In 1982, St. Pope John Paul II canonized him as a “martyr of charity.” He is the patron saint of journalists, media communications, the family and the chemically addicted.

Wear your faith proudly with this stunning artisan-crafted Stainless Steel Cross Necklace. Perfect for special occasions or everyday wear, our Cross Necklace is a wonderful gift idea for you or your loved one. Imagine the look on their face when they open up this thoughtful gift!

Sizing is appropriate for all ages, and tasteful for both men and women. The artisan crafted detail makes this pendant stand out from other cross necklaces. Includes a luxury adjustable snake chain (18" – 22") and attaches with an easy to use lobster clasp.

There are no reviews yet.